After 8 years, Past Tense owner Kelly DiNardo decided it was time to update her logo. As I got to know Kelly and learn about her yoga studio, it was clear that the studio’s branding didn’t communicate the fun, caring, community-centered vibe that made the studio so beloved. 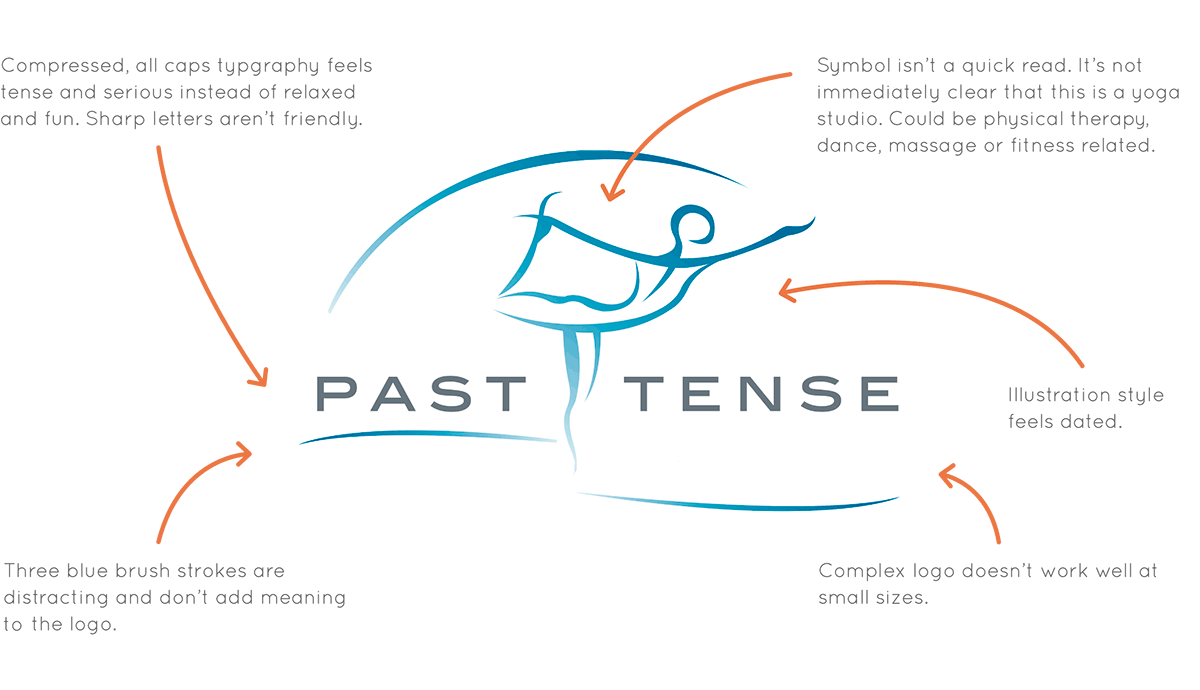 The Blair typeface used for the studio name felt tense and serious—exactly the opposite of the relaxed and convivial atmosphere the studio was known for. The illustration style and curved lines gave the logo an outdated feeling that didn’t scale well on mobile devices. And because the dancer pose pictured in the original logo wasn’t a yoga pose that many people associate with yoga, the overall logo didn’t instantly say “yoga studio”.

I wanted the new logo to immediately communicate yoga as well as the personality of the studio. I chose the open and rounded Quicksand typeface for the studio name to create a welcoming and friendly feeling. For the icons, I drew stick-figures to mimic the curves and lines of the typeface and to transmit simplicity and minimalism. I used a series of three yoga poses instead of one to convey community and diversity—two values of the studio. And by adding the classic tree pose and the accessible reverse warrior pose, the icons now include a mix of poses that reflect different skill levels. The teal blue (which was the main color in the studio space) and dancer pose (which was beloved by the studio’s teachers and students) act as unifying elements that tie the old and new brand identities together. 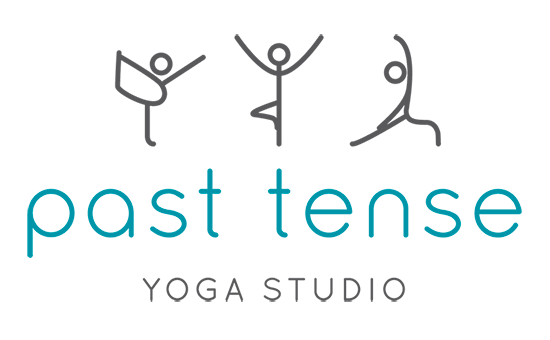