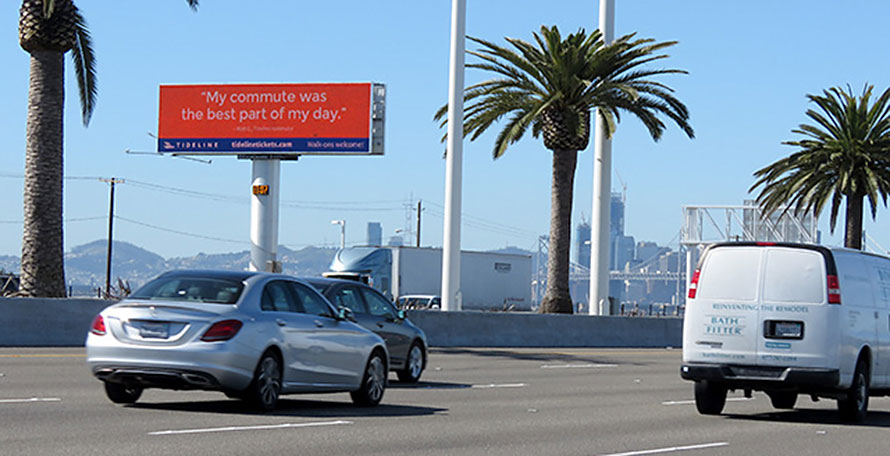 Most of the time, my designs have to work on a pretty small scale (think smartphones and business cards). So you can imagine my excitement when I got to create Tideline’s Clear Channel Outdoor campaign, which would appear on giant billboards and numerous bus shelters around San Francisco and Berkeley. It was a chance to scale their messaging and branding from mere pixels to a sky-high 48 feet! And it was an amazing opportunity to expand their audience reach as well.

The goal of the campaign was to inform Bay Area residents about Tideline’s new commuter ferry service, an alternative to the existing (and very crowded) transportation options for crossing the Bay. The advertisements would appear along congested highways, bridge approaches and bus routes where commuters are feeling the pain of Bay Area traffic. Emphasizing Tideline’s stress-free commuting experience, I developed the concepts of “Upgrade your commute” and “Commute 2.0” to signal to would-be passengers that there’s a better way to get to work.

While I’m not lucky enough to see these in person (66 degrees sounds lovely compared to the snowstorm howling outside my window!), my awesome clients were kind enough to take these pictures so I could see my design work in action. 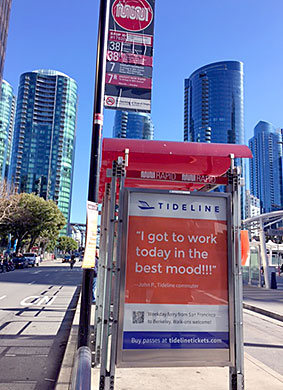 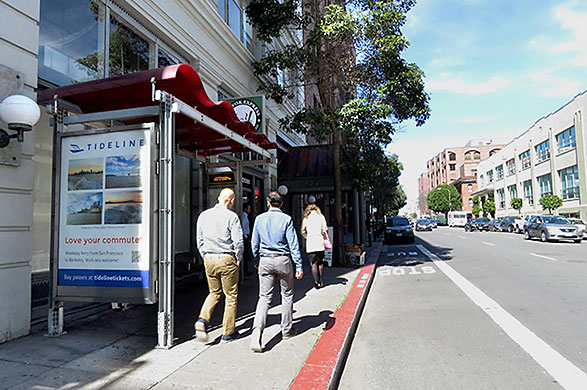 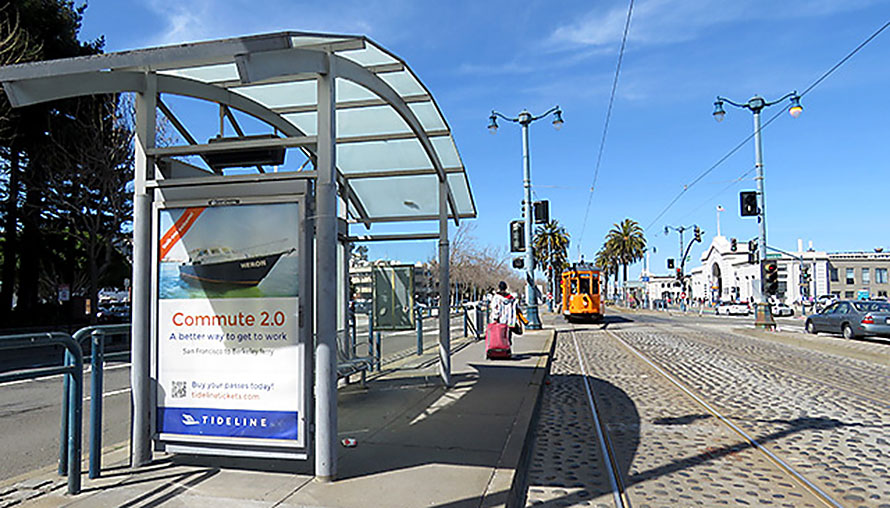 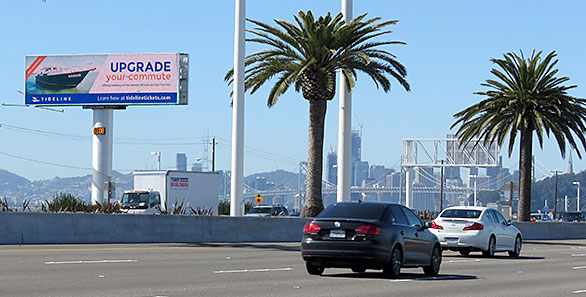 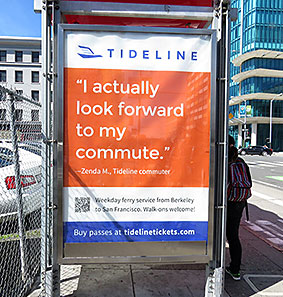 2 thoughts on “Loud and clear”